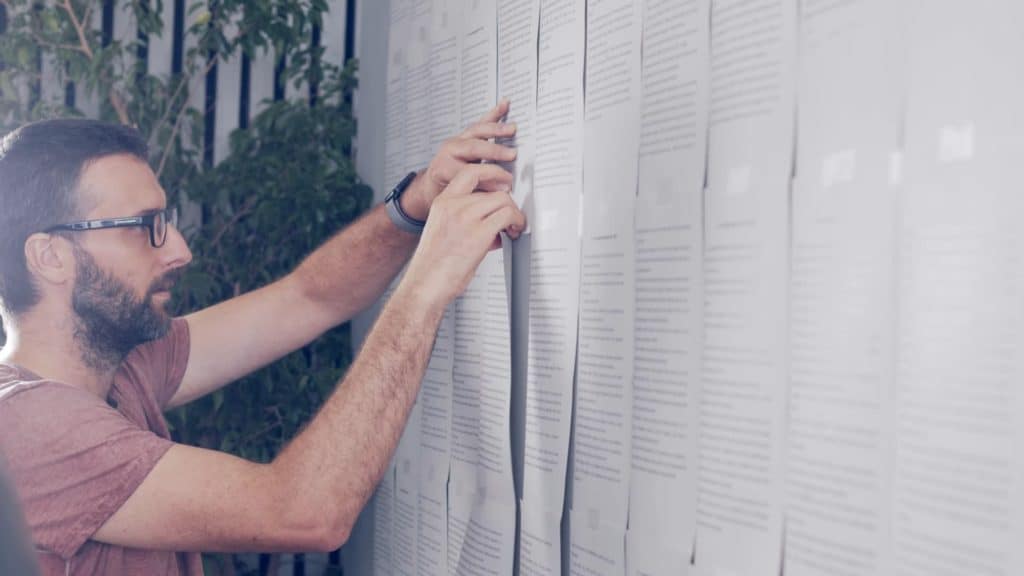 Writing a book is simple. Do you know who said this sentence? No one ever. As with all creative works of human ingenuity, even the writing of a book brings with it a certain degree of complexity. Especially if we are talking about fantasy novels, where often the author invents a real cosmogony , a new universe populated by extraordinary creatures that do not belong only to mankind.
Daniele is a multifaceted artist : always a lover of stories and all forms of art, he graduated from the Brera Academy of Fine Arts with a thesis entitled “How to create a fantasy world” .

An illustrator, therefore, but not only: multi-instrumentalist (piano, guitar, drums and flute are some of the instruments he works with every day), director, photographer, artistic director of ZoneCreative.

In this interview, however, we focused on his nature as a writer. “Soeliok. Stories from the Populated Lands” is his first novel, but it seems to have all it takes to become a major fantasy trilogy. Here’s what he told us.

Daniele, where did you get the idea of ​​writing a book?

It all started with the need to create a universe in which to set a role-playing game. I started playing when I was little and, with my friends, we immediately had fun creating our own system of rules. The common settings and the classic rules were too often superficial in the method and did not return that sense of realism and satisfaction that our mind is used to receiving from reality. We spent whole days trying to find answers to questions like: how does magic really work, what is a dragon really like? How does he breathe fire? How old can a dwarf live?

As time passed, some of these questions were answered and the world of soeliok (although I still didn’t know it would be called that) began to take shape. Only later, when the context was now full of details and narrative ideas, did I decide to set a story there. So I started thinking about the characters, but it was a natural passage because I already knew the places they lived, the habits of their people, the languages ​​and many other details.

The transition from the setting to the novel arose essentially from the need to convey a message. The world of Soeliok is a container capable of hosting infinite adventures, but maturity often leads to looking for answers that are no longer linked only to playful aspect. For this reason, I began to feel the need to convey specific values, using the world I had built to give them a shape through characters and a story. Perhaps this marriage between container and content is the key to interpreting Soeliok: a place where the protagonists live a story, but in the overall perception of a geographical and temporal context beyond any imagination.

Soeliok was born immediately as a trilogy, or did you expand the story over time?

The project was born from the idea of ​​two stories that start in distant places, apparently unrelated to each other, which then come together until they intertwine in one indissoluble texture. So, initially it should have been a dilogy. During the final draft of the narrative, I realized that the narrative structure was essentially divided into three parts: the beginning of the first story, the beginning of the second and the part in which the two stories come together and lead the reader towards the end. So I thought of turning the project into a trilogy, even if in narrative terms it is a single story.

Is Soeliok a book for children or for adults?

To answer this question, I would start from the fact that there is no absolute and objective system for establishing the age that the reader of a story should or could have. There are some topics such as sex, violence or complex issues related to politics and religion, which are clearly unsuitable for young people and therefore move the public towards adulthood; on the contrary, there are narrative rules usually linked to the form of language, vocabulary and the choice of simple sentences that tend to be uninteresting for a mature reader, but we always talk about a result obtained by exclusion rather than a true approval rating . Reality tells us that if a story is written well, it is not the age of the reader that determines the liking, but only his personal taste.
In the case of a story immersed in an imaginary world, like Soeliok, the tendency is certainly to associate it with a young audience, but I like to think that there is a deeper interpretation, rich in values ​​and reflections that also appeal to readers. adults. The story talks about the importance of believing in dreams despite the difficulties imposed by society and, although it may seem obvious, one is never old enough to stop dreaming. 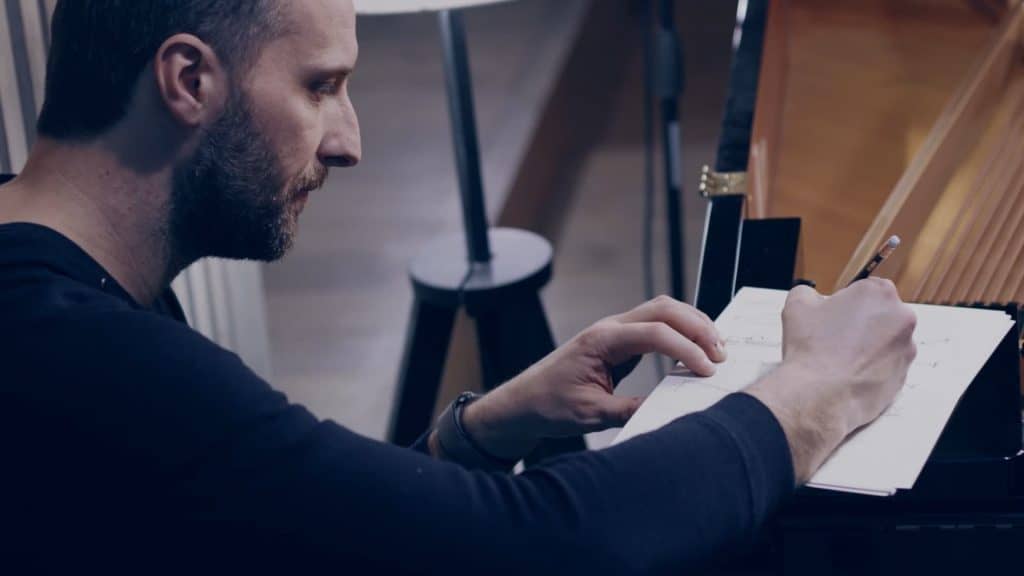 What is the most important message you would like to convey to readers through this trilogy?

Opening the mind to knowledge I believe is the concept that best summarizes the values ​​of the story. Throughout history, delicate topics are touched upon such as prejudice, the need to create boundaries or stress the concept of enemy, to the point of creating imaginary ones, all to defend ourselves from what we do not know and which consequently frightens us.
Knowledge is always the answer, understood as knowing, but also as awareness of oneself and of the world in which we live. Understanding diversity is a resource and the vision of the concept of “stranger” is a precious gift that brings us closer to total knowledge.

What are the points of connection between Soeliok and the current reality?

Soeliok is set in our universe, but in a parallel time that has undergone the effects of a different evolution. The story in its overall form draws an imaginary graphic that tends to expand over time and space. The story starts from a precise, small and well-defined point, and with the passage of time the events add up and the point of view expands. What initially seem small problems related to almost insignificant characters turn out to be the great problems that every people must face in the delicate path towards civilization, understood as a new evolutionary goal. Total openness comes towards the end, when the vision becomes so broad that it no longer has a single point of view as a reference. The nature and flow of events do not seem influenced by the activities of living beings, but the awareness of the individual can have an invaluable value outside of time.

Invention yes, but with method

What is the relationship between science and science fiction in Soeliok?

I have always loved science in its broadest sense: the will to know and know through a codified and repeatable method. With the limits related to my skills, I tried to maintain a scientific approach to writing the story in all its aspects. I have not invented a name without first having designed a language, I have not created a city or a place without first having thought about geography, I have not described a culture or a people without first having created a historical context. Of course we are talking about invention and therefore by definition we pass from science to science fiction, but I think it is this natural passage that describes the method that guided me in the creation of Soeliok.

The process of the invention is nothing more than the hypothesis of a reality that lives with rules different from those we know. However, it is essential to define these rules to tell the consequences of the actions. In fact, a good inventor does not draw conclusions from events according to his personal taste, but undertakes to “discover them” by studying the natural consequences of the laws he himself imposed.

Every scientist during his research activity is forced to temporarily break into science fiction just to follow the very process of the method. To hypothesize something it is necessary to study a model by theorising its behavior and to do so it is necessary to imagine something that does not (yet) exist. While the scientist uses the imagination to describe reality from new points of view, the writer of imaginary worlds applies the scientific method through speculation. It will be precisely that intention to research and investigate in a purely theoretical activity that will lead him towards his ultimate goal: to generate an invented but at the same time plausible model.

Personally, I have always found myself more at ease within plausible worlds rather than in destabilizing settings of pure imagination. I like to get lost in the narration, but feel a certain closeness with the characters, places or creatures described. Being able to create a totally invented world, but authoritative in its credibility, guarantees a concrete emotional basis on which the reader can safely place his foot, step by step, and venture along the path without fear of stumbling. 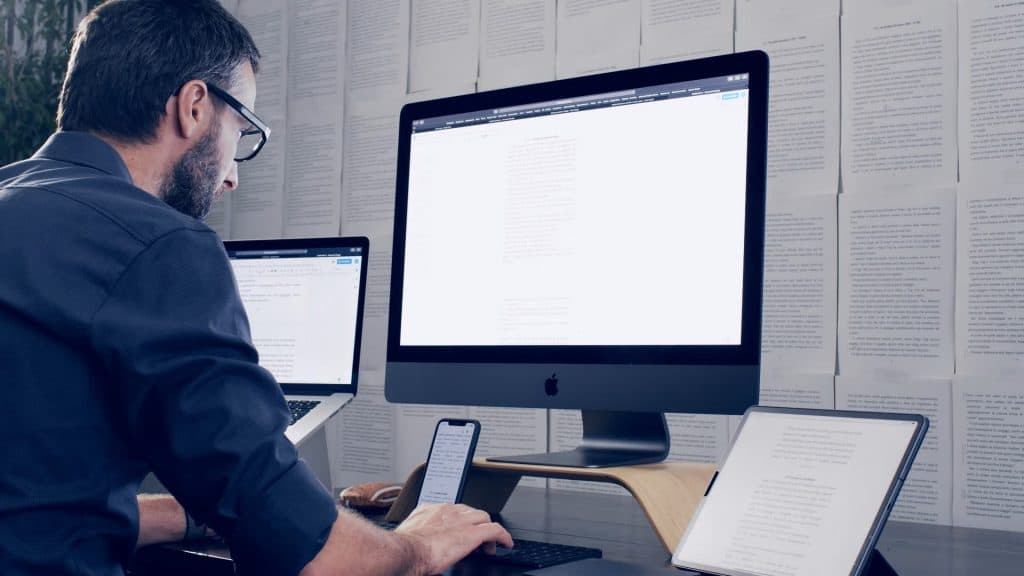 How did you prepare for writing the book? Did you have a specific routine?

I spent a long initial period in which I alternated moments of free writing with design sessions dedicated to the structure of the story and the definition of the characters. I’ve always loved twisted, well-researched plots, but I wanted a smooth, “easy” to read text. I soon realized that I would only get this result by knowing the history of all the characters so that while writing I could concentrate on synthesis and style.

In this phase, the use of specific programs for writing complex screenplays was fundamental. I knew Scrivener because I had used it in other simpler projects, but the choice for this type of instrument is very wide. You can organize your story into paragraphs and associate each one with different tags (character, place, moment in time …) that you can filter for analysis or comparison. You can set goals for the number of words and check the progress, in order to make the chapters or narrative moments balanced.

Only in a second phase, when the narrative structure was resolved, did I switch to a more traditional writing program to more easily manage the cooperation with the people who collaborated.

Do you write in pen or digitally?

I love pen writing and calligraphy in general. My artistic studies have often led me to research and practice this ancient discipline. Over the years, inspired by the endless sources that the internet offers, I have found myself more than once working on a few letters of my handwriting just for the pleasure of mastering the style.

However, when it comes to bringing a novel to life, digital writing offers advantages that you can hardly give up. The organization of the chapters and sub-chapters, the structure of the document always visible and navigable, the copy and paste, the spelling check … or simply the possibility of using the tools for counting words and folders.

I wrote most of the text directly on the net with an iPad and a keyboard. Writing in my free moments (almost always on weekends), it was essential for me to access the text at any time and in any place I was.

Thanks to Daniele for telling us how “Soeliok. The breath of the earth “.

Do you want to receive a preview of new articles in publication? Sign up to our newsletter. No spam, we promise: just useful conversation points to reflect together on literature and the fantasy world .