Menu
No products in the cart.
0,00€ Cart
ITA
Fantasy: an adjective that, in the world of literature, outlines a real universe made up of many sub-genres. Made popular by great writers like Tolkien and Rowling, fantasy books are experiencing a golden age: the writers are numerous, the titles very heterogeneous among them and very often some works appear in the ranking of best selling books. What have been the best fantasy books of the last six months? Here is a ranking drawn up by our editorial staff. This title enters the category of recommended fantasy books by right. Written by Jay Kristoff, this trilogy consists of:

In a land where three suns almost never set, the young Mia Corvere at the age of ten received her first lesson on death: her family was exterminated. Six years later, the young woman joins a school of assassins to seek revenge. Mia will have to deal with her conscience, and will have to reflect on how much she is actually willing to sacrifice in order to get her revenge.

From the book are the classics of fantasy literature: friendship, loss, betrayal, but also family and love.

Although the protagonist of the stories is a sixteen-year-old, it has been clarified several times by the same author that the saga – which contains scenes of violence and raw language – is aimed at a new adult audience. 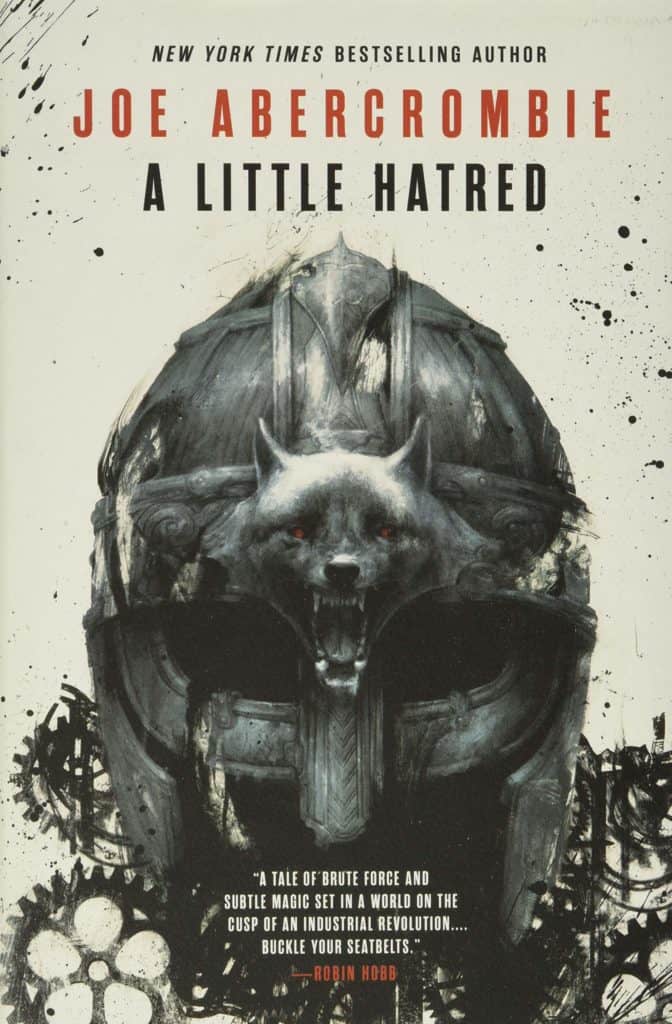 Joe Abercrombie returns to the world of the “The first law” (which made him the king of fantasy grimdark) with a saga set about twenty years after the first. “A little hatred” is the first volume of a trilogy.

The old protagonists of the world of the “First Law” give way to a new generation that enters an even more realistic, ironic, brutal and moving world. Savine dan Glokta, Leo dan Brock, The Crowned Prince Bear, The Old Clover … The events of their lives reflect and amplify the dramas of current politics. based on technology, economic supremacy and to some extent on madness.

This novel was considered as an introspective reading , which in addition to helping to understand the reality that surrounds us, allows you to make a real journey even within yourself. 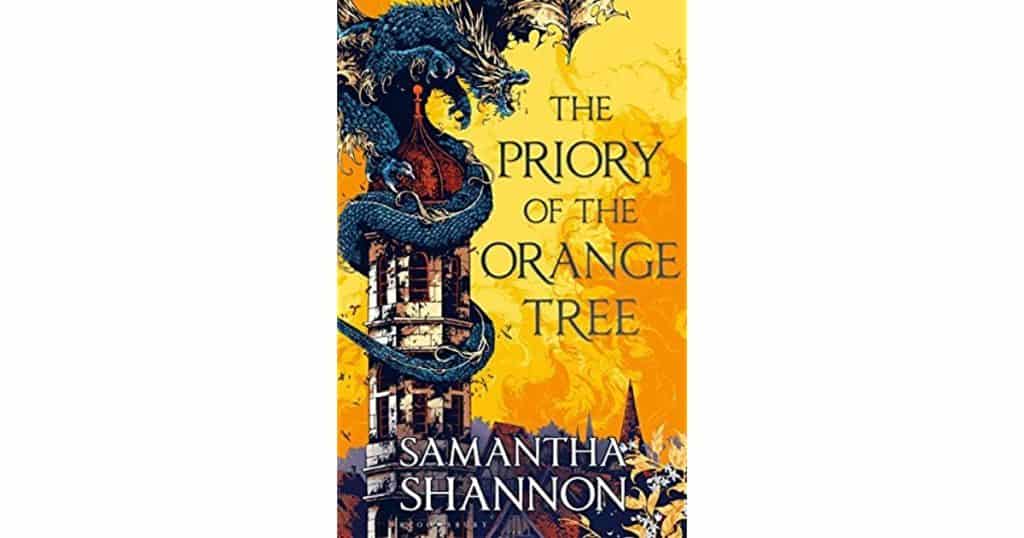 In the west, the house of the Berethnets reigned over the Queen of Inys for a thousand years. But now it seems destined to die out: the queen has not yet married and to protect the kingdom she will have to give birth to a daughter, an heir. Times are difficult, the killers are hiding in the shadows and the cutthroats sent to kill her by mysterious enemies are getting closer and closer. But secretly watching over Sabran is a woman who does not belong to the court, an adept of a secret society that thanks to her spells protects the sovereign. But magic is officially forbidden in Inys. Beyond the Abyss, in the East, Tané has been studying to become a dragon knight since she was a child. But now he is faced with a choice that could change his life forever. In all this, while East and West, divided for some time, persist in refusing a negotiation, the forces of chaos awaken from their long slumber.

4. The storm of echos - The mirror visitor (Vol. 4) - Christelle Dabos 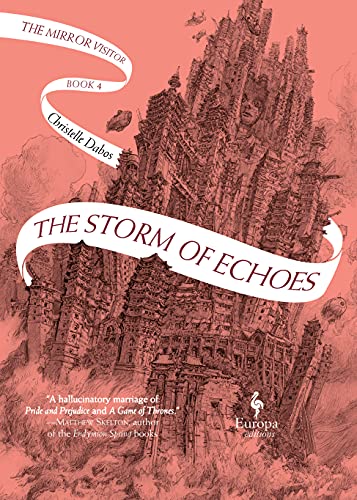 The storm of echos is the fourth, intense volume of the saga of the Mirror visitor, which includes:

Book I, A winter’s promise
Book II, The missing of Clairdelune
Book III, The memory of Babel

Ofelia and Thorn face a universe full of allegories and deep interior realities, of ancient horizons and new feelings, until they discover the truth that has always been hidden behind the mirror. With the last walls of distrust collapsed, Ofelia and Thorn now love each other passionately.

The setting of the novels mixes steampunk style, fantasy and belle epoque. The central theme of the first three books is historical memory. If, on the one hand, the context is full of intrigues, personal interests, vendettas and blackmail to make even the Borgia court pale, on the other hand the main narrative vein is linked to historical memory. The protagonist, in fact, knows how to read the past of objects and her boyfriend has an infallible memory: these elements allow us to trace an important reflection on the concept of “historical memory” as an instrument of power. 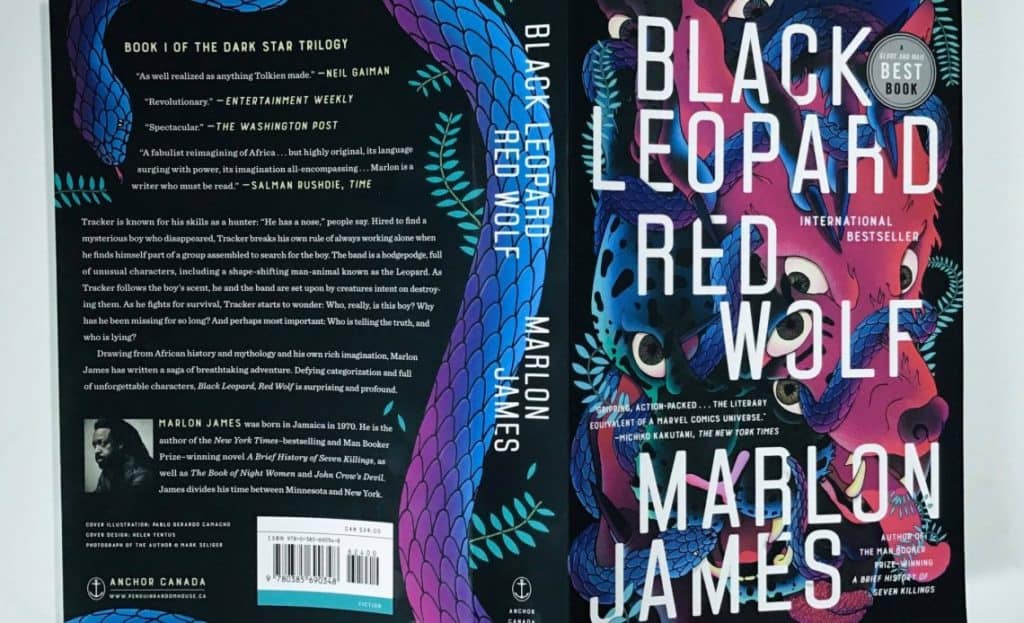 Announced as “The African Game of Thrones”, black leopard, red wolf is the first book in the Dark Stardi trilogy Marlon James, Jamaican-born author and winner of the Man Booker Prize in 2015.

In a mythical and beautiful Africa, fantasy and history are the background to the adventures of the Pursuer, a mercenary particularly gifted in research is hired by an individual who can take the form of a man or a leopard to find a child who disappeared three years earlier. A company of bizarre characters travels with them, each with their own secrets and motivations, gathered by a mysterious slave trader. But the team is badly matched and, when the company takes an unexpected turn, the Pursuer will have to figure out who to trust.

Black leopard, red wolf is a tribute to the oral story of a certain African tradition, a narration made up of stories at the center of which there are many characters, all in turn described by the only voice with which the reader comes into contact: that of the protagonist. As James has already stated, the next two volumes will not continue in the plot, picking up the narrative from where the Pursuer left off: the second and third volumes will tell the same story from the point of view of a different character.

In this ranking could not miss the trilogy of fantasy adventure that gave life to this blog! Soeliok. Stories from the Populated Lands, written by Daniele Barioglio.

The trilogy consists of:

Book I, “The breath of the earth”;
Book II, “Beyond the borders”;
Book III, “Behind the waterfall”

The first book is set in the city of Fiòrderik, where the dwarves of the mountains have lived confined for thousands of years between the high peaks of an insurmountable mountain range, which prevents them from leaving the lands of Kélamnkor.
The dwarves have learned to extract soeliok from the rock: a very light gas (which is said to be produced by the breathing of dragons) capable of powering their flying vehicles, but present only within the impassable Norkiak chain.
But the dwarves of the mountains are not creatures that yield to the events of fate: they have always put their wits at the service of scientific research in the hope that their advanced technology will one day reach the Populated Lands.
A young dwarf with mysterious origins, a wise grandfather who rhymes and a geologist with awakening problems will have to deal with a discovery that will forever change the fate of their people.

In the second book, “Beyond the Borders”, the adventure moves to the small village of Borgobrando, located in the free Verdiconfini of Glendark: a peaceful region inhabited by a people of travelers. Three young Indonuim in search of dragons will find themselves involved in a mission that has as its goal the unreachable city of Fiòrderik. During the journey they will have to deal with HelGrov, the only Emperor of all dwarves. In Norigia, capital of the dwarves of the plains, he is organizing a colossal army made up of all the peoples of the Inhabited Lands with the aim of annihilating the orakrn: fearsome beings that inhabit the bowels of the earth.

The third book sees the two stories intertwined giving life to a series of events that are linked to the ancient civilizations of the past. The story moves to Glendark, the capital of the kingdom of men, where Queen Glorden will have to make a difficult decision that could have dramatic consequences in the Populated Lands.
Men, Mountain Dwarfs, Plains Dwarfs, Indonuim and Half-elves will find themselves grappling with an adventure they never imagined and will have to fight with an enemy far more menacing than expected.

Soeliok is a unique Italian publishing project of its kind. We are talking about a real fantastic universe that comes to life different products: the paper book, the eBook and the audiobook read by Carlo Valli (Italian voice of Robin Williams) and sounded like in the cinema, with original soundtrack and noises from ‘environment.

The themes of the novel are current and delicate topics, even if they are placed within a fantasy imaginary. There is talk of prejudice, borders and migrations, fear of the different but also of science, travel and knowledge.

If you want to know the opinion of other readers, read the reviews of Soeliok

Did you already know all these recommended fantasy books ? What are your favorites? Let us know in the comments!
Leave a comment